Lapdogs was installed as part of the exhibition Lapdogs of the Bourgeoisie at the Arnolfini in Bristol, and previously at the Townhouse Gallery in Cairo. 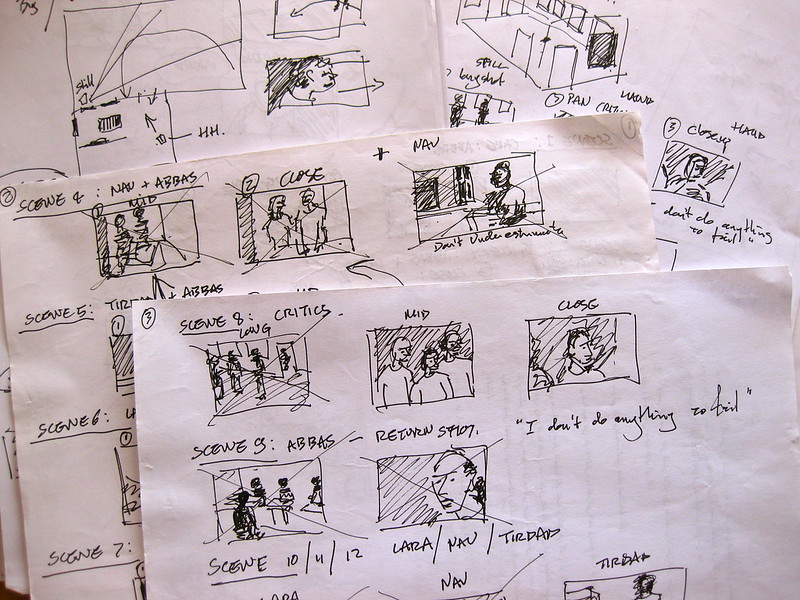 Meet Abbas Abd Allah, a 31 year old waiter from the town of Embabah

He left school at 12 and is now self employed

He’s about to enter a completely different world

I love working in this cafe, it’s just what I do, you know

My Father used to work here too

You know, people come to the cafe tired and hungry

I bring then coffee or tea, and then they are revived, completely different
You know, transformed

Um, a bit like what you’re going to be doing with me 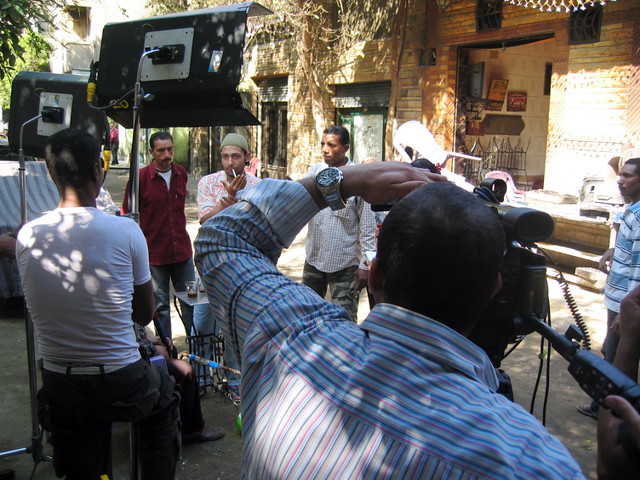 For the next month, Abbas is aiming to become an international artist
And infiltrate first the Cairo, and then the International Art Scene

He will have to learn how to make art

And, he’ll have to learn how to talk about his art.

Do you like this?
Its influenced by Tracy Emin
I’m trying to make it more,…………..’socially engaged’

Enumerating with his fingers

Never ask if curators ‘like’ the work
Don’t say it's influenced by another artist
And,………it’s not socially engaged 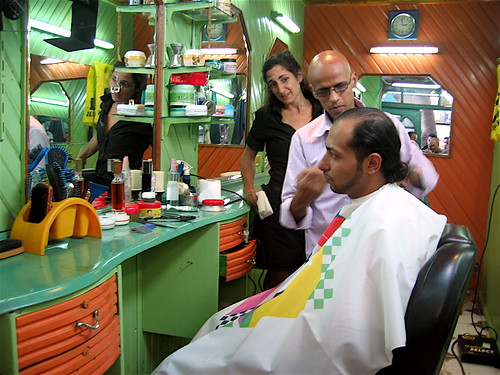 Interior: The Barbers; Barber and his shop.
Abbas arrives – scruffy, with Mentor 1: Lara to get a more trendy shave and hair-cut.

He’ll have to look the part, and promote himself

It looks really, really good
But we must do something about your hair
It doesn’t lend you enough authority

And take criticism on the chin

And that’s it really
Although you have a confident sense of colour, there is really no market for this
You might as well take it down, and set it on fire.

If he gets through all that

At a hip Cairo Gallery,

And his work will be assessed and judged, by top art critics.

And so, what was you intention with that?

Cut to Abbas back at work in the street cafe

Will they spot him as a fake?

Aiding and abetting the wannabe Picasso, are three mentors from the international artworld

Whip-pan to locations of power-dressed Mentors in their professional location
Mentor 1: Lara in studio

She’s Lebanese and lives in Cairo

Nav Haq the rising star of the curatorial scene,

that everyone dreams of working with.

I really think this is an enormous challenge

We shouldn’t underestimate how difficult this is going to be

I don’t ever do anything to fail
And I don’t want to let myself,………. or my family down.

Peruse a publication of the project published by Sternberg Press, a Hacked Manifesto, see the Lapdogs project page or my lesson in Political Economy.