This is my contribution for (the) Evidence: images that move

2. Floating camera pulls back and slightly-up

Extreme close-up: The scene unfolding is seen to be on-screen.

3. Floating camera continues to pull back

Close-up:  The screen is of a mobile phone.

4. Floating camera continues to pull back

Medium close-up: The mobile phone is recording the workers leaving the factory. This is my contribution for (the) Evidence, you can see an early version of Workers Leaving the Factory by the Lumiere Brothers, perhaps the first film ever made.

Another film script was for the Lapdogs of the Bourgeoisie and other film projects include Screen Tests, the Enthusiasts Archive and Social Cinema 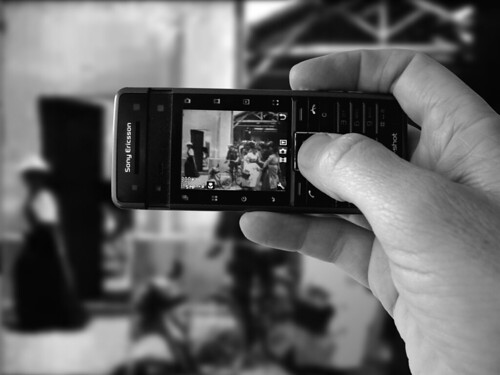