I contributed to: Decoder; 3rd Biennial for Video Art curated by Nav Haq 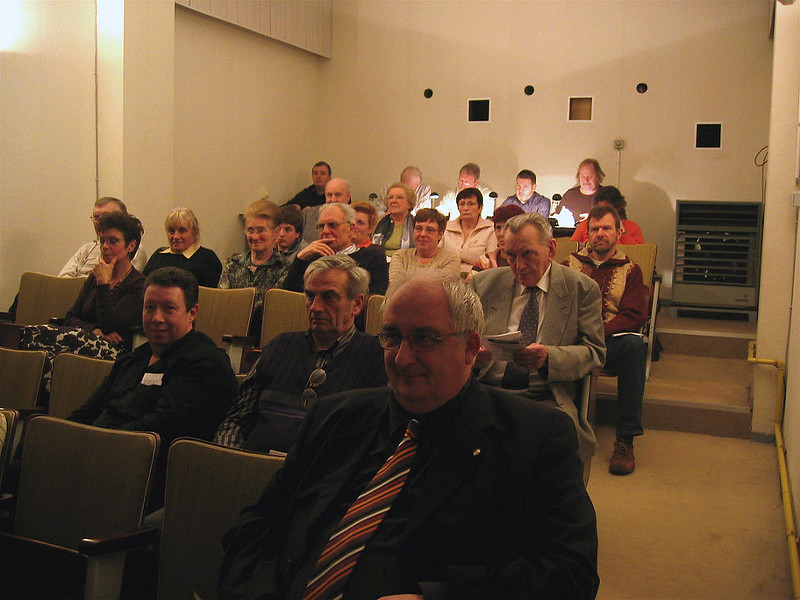 The invitation from Nav Haq to participate in Contour, enabled me to make several visit the city. And, rather than bring a previously made film for exhibition - which is the convention for Biennials - I began to research what kind of film making practices already existed.

With local help I found Guido de Konning of MECINA and Gaston Rombouts of KFKM, two active amateur film and video clubs. Both been in existence since the late 1950's and were part of a wider national and international amateur film club network.

I visited KFKM and Gaston explained the club's long history, gave me a tour of its club house, screening room, archive and trophy cabinet, and invited me to a competion screening.

Following some themes that emerged during Enthusiasm, I was interested in issues of self-organization and self-representation. In this instance, how Mechelen is represented in film by the people who live and work there.

As part of my research I sat and watched hundreds of archived films in digital formats, and themes emerged; annual parades and carnivals, club picnics, and home life. The films seem to be a record of how the city and its people celebrate, while simultaneously representing themselves to others, increasingly the tourist 'other'.

The films record the continuity in these festivals, a repetition of events, objects and gestures. Like a group of men throwing a baby-doll up in the air from a blanket, or boys riding a wooden horse, giant caricatured figures, or 'topical' carnival floats decorated with flowers. And yet theses events are made 'new' again, every year.

The film makers have been filming the annual festivals for 50 years, and the films themselves mirror this process of endless repetition and change, through the evolution of cameras - 8 and 16mm film, then VHS and lastly digital formats, the development of equipment, film stock, tape formats, and conventions of editing.

However, these films are not made by a professional film crew, a team driven by the conventional logic of broadcast or exhibition, who parachute into a situation, quickly choreograph the filmic 'essence' of an event, and then leave. These documents are made by the family, friends and neighbours of those gathered before the camera.

They are full of tender moments of people sharing experiences, sometimes intimate experiences, and not merely reporting them. 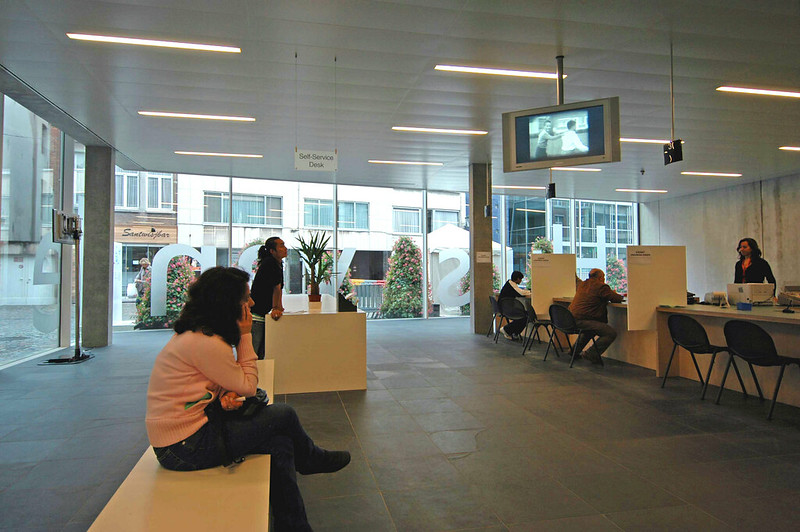 From documentation of previous Contour Biennials, I saw that artists and curators preferred dramatic abandoned buildings or spectacular religious settings in which to screen their films. As if the artwork and biennial benefited from drama and spectacle.

It seemed to me, that these locations for artworks encourage a kind of art tourism, where interested visitors trek through the city 'looking' for the art installations, and then leave. It's the same in biennials the world over.

Given that I was working with film-makers that live and work in Mechelen, I tried to find a location to screen the the programme of archive films that I was slowly assembling, where there is already a local audience. I came across the recently built House of the People of Mechelen, an extension to the Town Hall.

It's where everyone has to go if they want to obtain certain documents; register a residency, birth, death, or marriage. It's the administrative heart of the city, and in keeping with contemporary notions of governance the interior is open plan, while the building is composed of huge glass walls suggesting openness, transparency and accountability.

While people wait on comfortable benches - to see a city official- monitors are provided to display relevant information against a background of banal commercial stock-footage films.

I negotiated to display an hour-long film programme Parade, edited from films made by the film makers from KFKM and MECINA to play on the same monitors. The films played to a patient readymade local audience, and were still visible outside to the more general public, and art tourists, especially at night.

Parade was a collaboration with Marysia Lewandowska 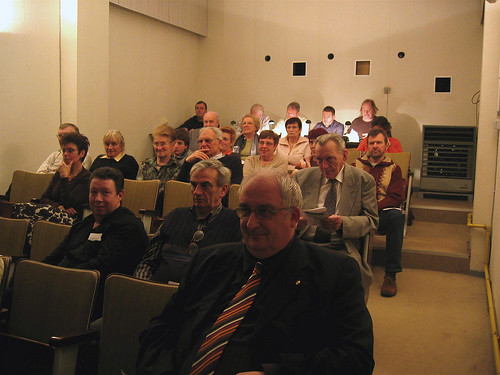 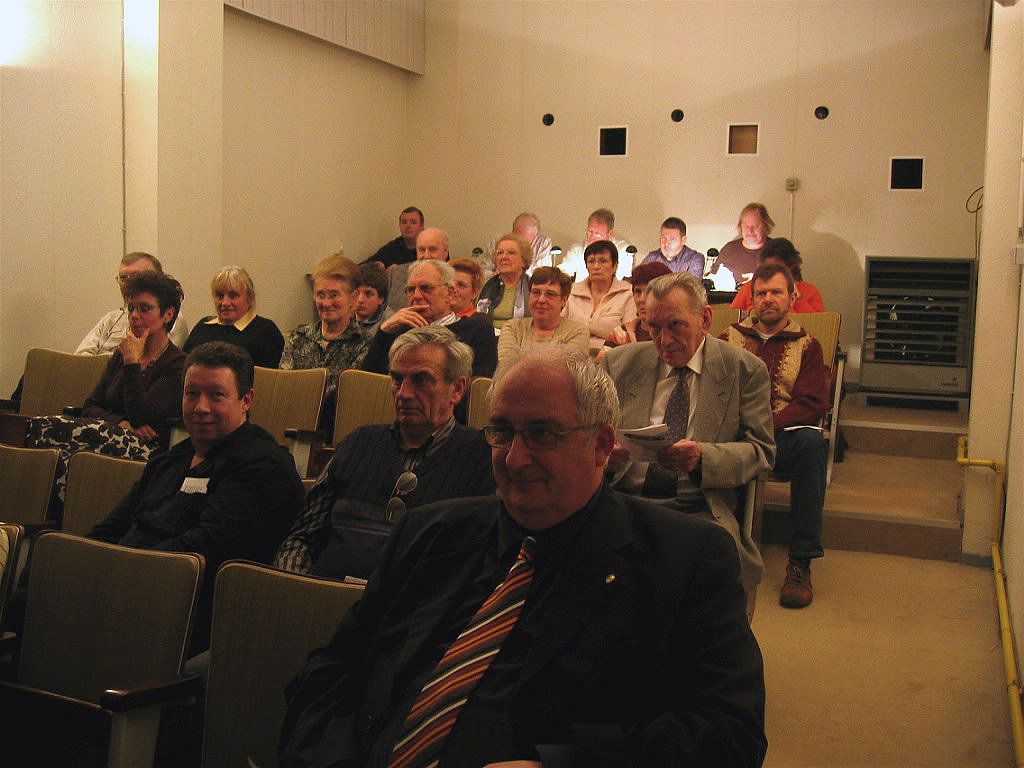