Emerging out of the Open Cinema project at Open School East, an enthusiastic self organised Documentary Film Group (DFG) has coalesced.

At the first meeting we introduced ourselves, shared our skillbase, and some of us pitched ideas and made proposals.

At the second we convened peer-led skill-sharing workshops; in camera use, sound recording and interview techniques.

At subesequent meetings we discussed themes and preocupations. Housing and homelessness were still pressing problems, recording the 'everyday', women artists and Hackney, and the mechanics of moving image production were other popular topics. We began to form into small overlapping groups around particular themes, as well as agreeing to work collectively on a single, or more unified, moving image projects. We decided to record our discussions - Tom mounts a camera on a rotating cake stand, and it records as it  pans the group as we discuss -  and that everyone was  to make a one minute record of their journey to Open School East, to get the ball rolling.

At the forth, or it might have been the fifth meeting, we screened some of the one minute journeys, and other rough edits and rushes. There were lots of applause, constructive criticism and feedback.

For the next meeting on the 22nd June - when we will watch together London; The Modern Babylon - and all bring a hard drive to take home a copy of the file of the meeting that Tom recorded (by mounting a camera on a rotating cake stand). This is so we can experiment with collective or collaborative editing. The idea is that each of us will make a 'paper edit' of the file, at a subsequent meeting, we will bring these together and see how, or if, its possible to combine them.....

This is an attempt to address the problem of collective editing a moving image document, something that emerged but was never successfully resolved at Open Cinema. 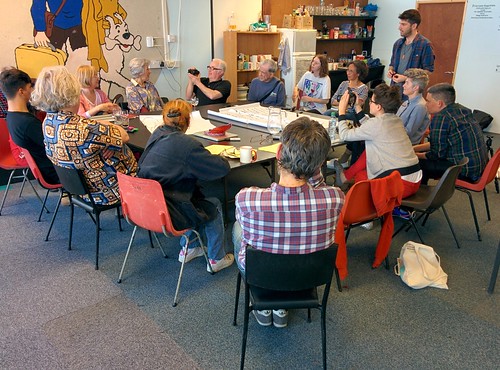 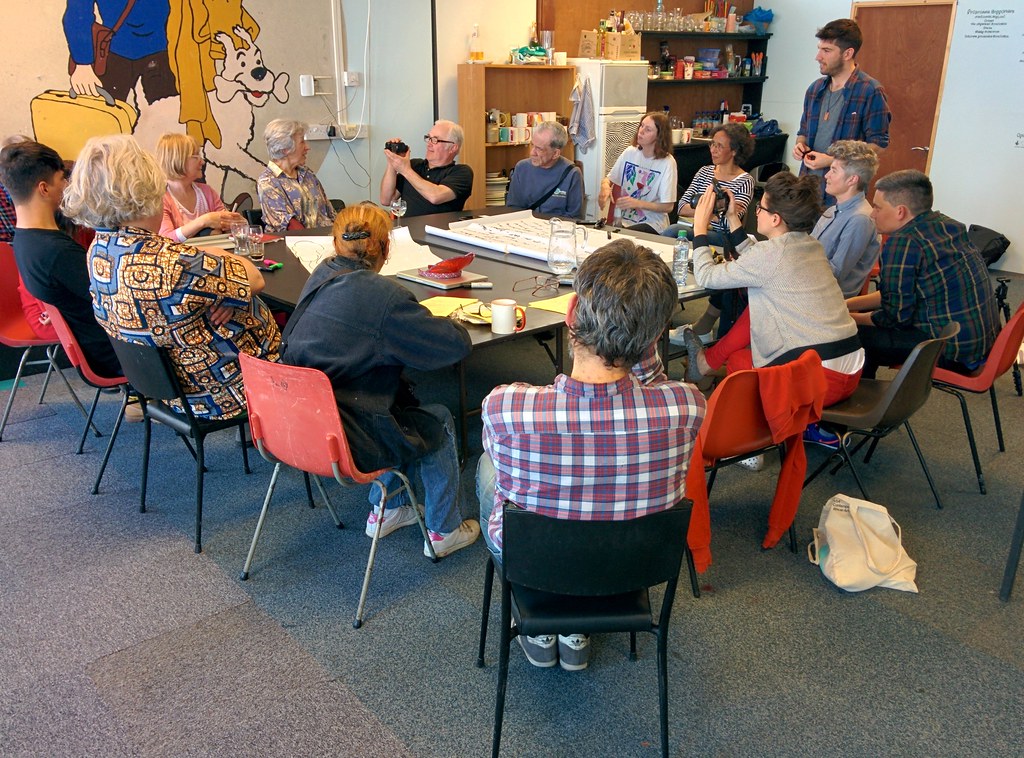