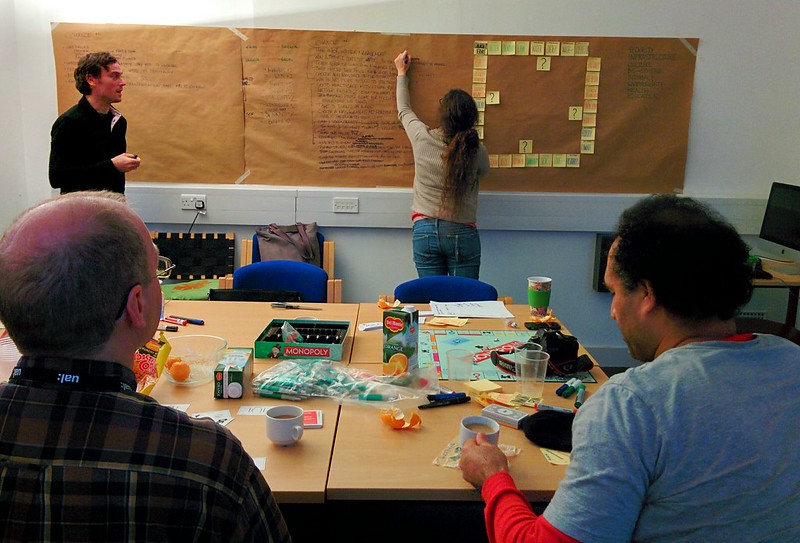 Over the last few years, as part of Critical Practice research cluster at Chelsea College of Arts, we have been hacking the popular board game Monopoly.

Monopoly celebrates some of the worst aspects of our current political system. It encourages socially useless rentier behaviour, through which the 'winner' dominates a non-functioning economy.

Ironically, the end of the 'game' is economic and political suicide.

Surely a more preferable 'game' would be where the aim is maximise economic wellbeing and minimise harm, for feveryone to flourish in a mutually beneficial way.

The first 'hack' of Monopoly occurred at Utopographies 28th – 29th March 2014, an event that explored the interactions 'of locative and temporal creative speculations' where in a small workshop we began to deconstruct elements of the game, and incorporate the values we valued, utopian values.

There was not much time for the workshop, but we could see potential in remaking a game that encouraged, taught and rewarded such destructive behaviours! So, suitably inspired we decided to continue developing the hack and a second iteration took place on the 9th December 2014.

This time, we replaced money with a different currency - Claire's (after a member of Critical Practice) produced by Metod: and a board populated with the values we valued, values like care, intimacy, diversity and essentials like water, species diversity, and sex, or public services like education and healthcare. Properties did not feature.

While thinking through Utopoly, we were also working on #TransActing – A Market of Values, and some of the ideas and values that emerged from this iteration fed into and were represented in the design of the multiple currencies that circulated at the market.

In the winter of 2016 What Happens to Us , a project curated by Critical Practice members Marsha Bradfield and Amy McDonnell, examined democracy as a system of community formation. It was here that another Utopoly workshop was convened.

Having learned from previous iterations, a 'method' was beginning to emerge - a method where the players first collectively establish the values in play, design the 'chance' and 'commons' cards, produce the rules of the game, and often choose to play cooperatively against an already unequal distribution of resources; a 'bad actor'.

It was also here that Neil Farnan's co-developed currencies for #TransActing, were integrated into the hack.

Neil subsequently produced a large laminated board to facilitate future design adaptations and ease of Utopoly play. This was trialed at Other Way Around on the 7th March 2017, refined, and then alongside the evolving 'method' deployed with researchers from the international ValueModels project - modelling evaluative communities - who recently visited Furtherfield in London. 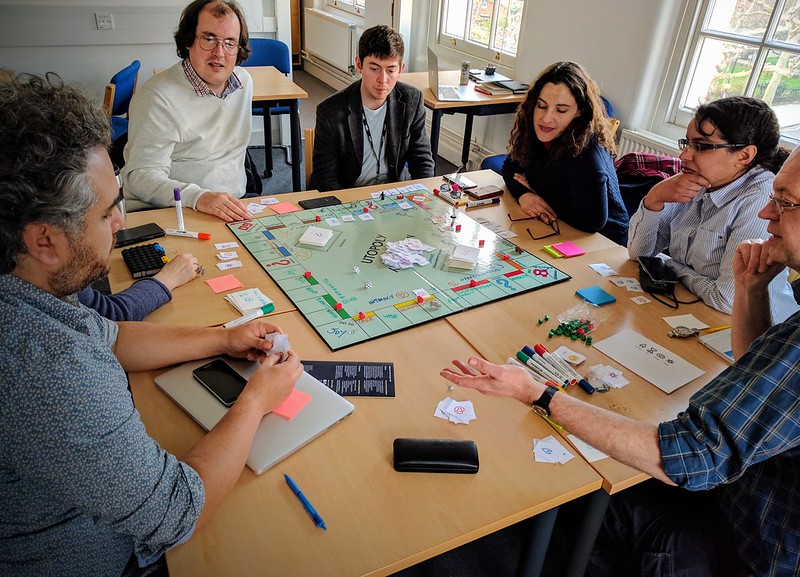 The ValueModels researchers loved the method, and some of them were inspired  to use Utopoly - Neil shared his board, and currency design - as a kind of diagnostic and consultative tool in their research into institutional values at Fondation d'entreprise Galeries Lafayette in Paris.

We are awaiting feedback on how their Utopoly workshop unfolded and looking forward to the next hack.....

Read a great account by Neil Farnan of Utopoly for Furtherfield. Related projects include Live Tracing, #TransActing's currencies or jigs, and A Joy Forever 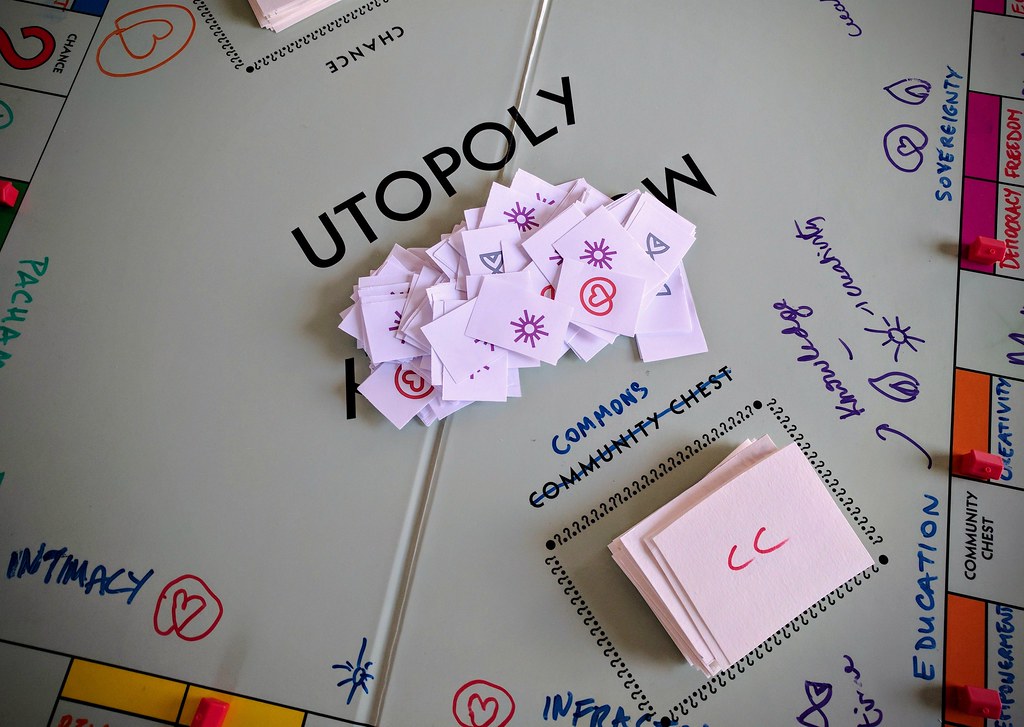