Some time ago, we started discussing the possibility of developing  a Local Currency (LC) for #TransActing; a Market of Values. We thought it would be good to have a medium which could be used to exchange knowledge, goods and services, and at the same time a technology to heighten awareness to what was being transacted, i.e., attention, time, care, and by whom.

These are things that, traditionally, money tends to erase.

We wanted the currency to be one of the places where the various values transacted at the market, would leave a trace.

1 - to act as a medium of exchange; to encourage value transactions at #TransActing through time and space

2 - to question the primacy of money as a 'universal solvent', in exchanging goods and services

3 - as a unit of account, to intensify attention on the moment when values are transacted

4 - to act as a claim on future value

5 -  For its intrinsic value, as a beautiful thing 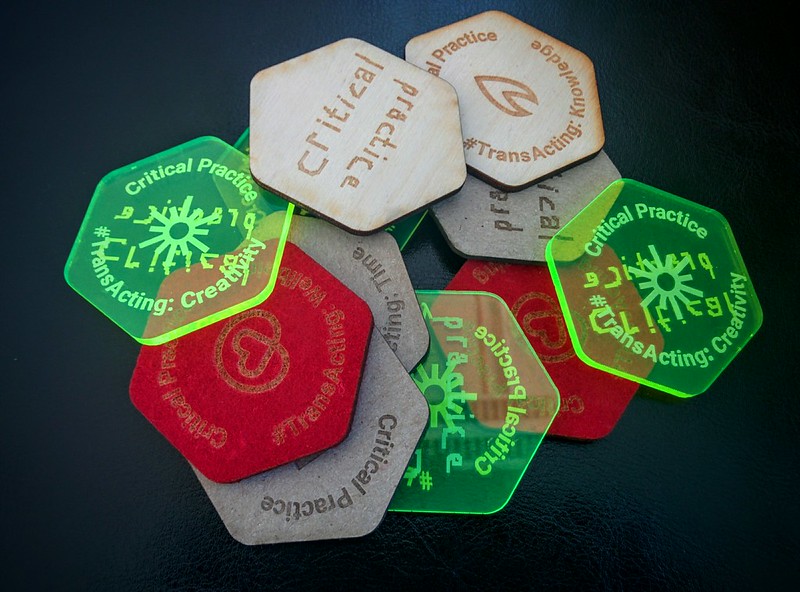