As part of an insurgent research group, we visited MayDay Rooms in London.

We heard from Anthony Davies and Ian Boal (two of the co-founders) about the need they felt for a shared space; where dominant political narratives - like austerity measures, could be countered, where radical histories can be reactivated and extended, and archives of dissent constructed. 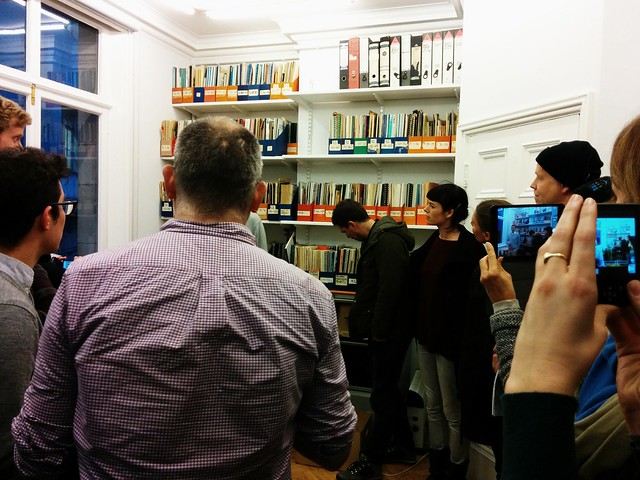 We toured the beautiful building, MayDay Rooms offers a physical home for documents, a secure location, secure from the destructive forces of a speculative economy of urbanisation.

MayDay intends to be non-sectarian and welcoming, welcoming, irrespective of social or professional status; and they intend to make all documents directly and actively relevant to social struggles, both in the present day and to come.

Ian explained how the surviving documents of our collective past have come down to us in shards and fragments, mostly by chance.

This is especially true for the material traces of ‘history from below', or of counter-organisations.

It's rare that conscious, systematic efforts are initiated to protect ‘traces of dissent’ from loss and erasure. 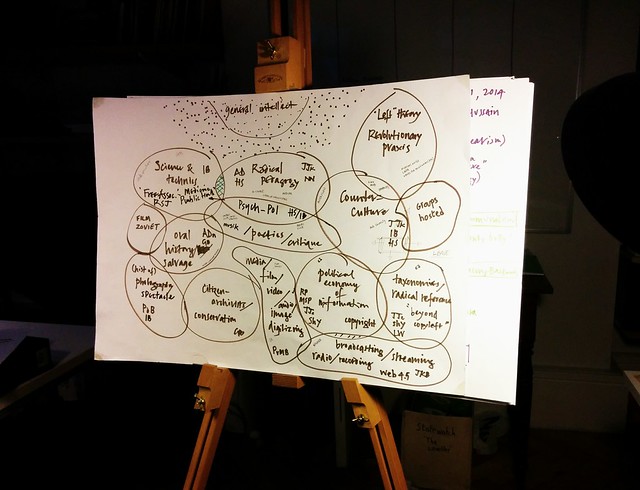 We heard about The International Institute of Social History in Amsterdam, founded in the 1930s, to preserve the ‘cultural heritage of the labour movement and other emancipatory groups and currents’.

Ian and Anthony, using a range of what they call Tributary Diagrams suggest that our collective past now faces an emergency; an emergency produced by:

(i) the exacerbated privatization and enclosure of the cultural commons.

(ii) the loss of autonomous social spaces, archives of communal memory and incubators of radical expression.

(iii) the imminent threat to individual artists and groups facing eviction and displacement, along with their history.

(iv) the neo-liberal attack on places of learning and knowledge production.

MayDay Rooms is a (counter) institution dedicated to collecting, preserving, and enabling access to archives of dissent and radical expression, focused initially on the British Isles although trans-national in ambition.

MayDay Rooms was described as a ‘living archive’. Living, in two senses:

First, in the active gathering of documents and recording the memories of the generations now passing. This entails a programme of oral history, as well as the preserving of documents, to honour the residue of lives and committed struggles.

Secondly, they intend through open access, digitization, and educational and pedagogical practices, to put archived documents in the hands of living actors and citizen-archivists, both en-situ and through digital distribution.

We had an intense, and inspiring afternoon.

I was at MayDay Rooms sometime earlier to participate in Activist Objects, Roma Piotrowska's Forgotten Histories is relevant, as is the Enthusiasts Archive. 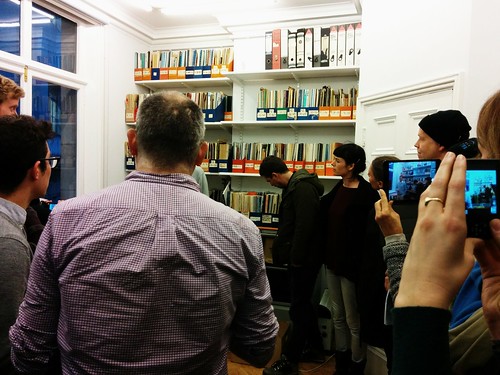 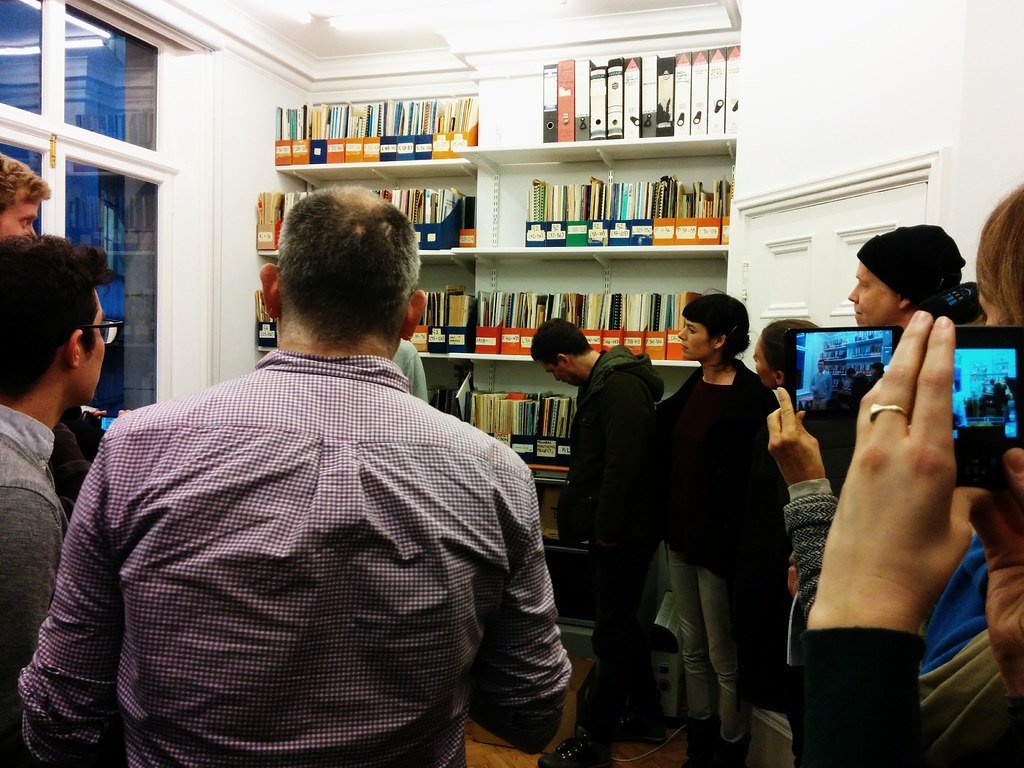