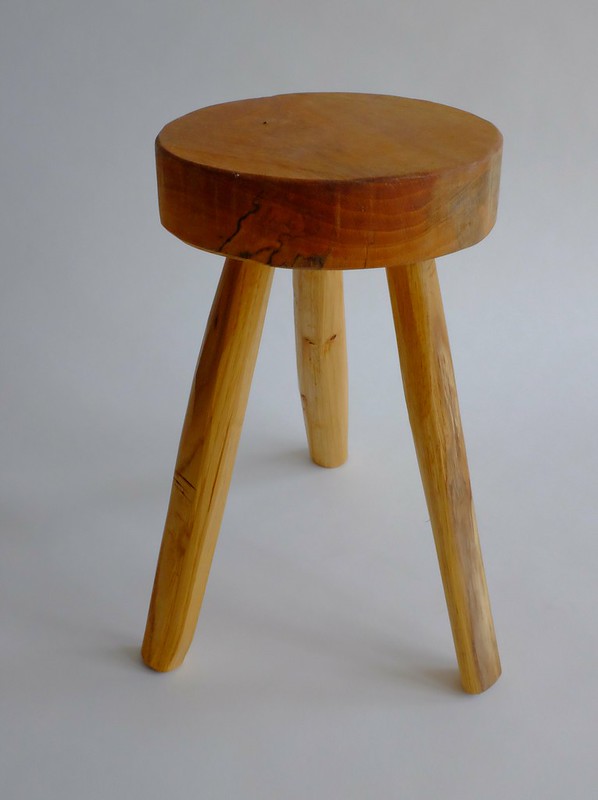 It was the design historian Reyner Banham who coined the phrase ‘furniturization’. He was writing in the seminal catalogue for Modern Chairs 1918-1970 an exhibition at the Whitechapel Art Gallery in the summer of 1970. Banham evolved the phrase to describe a change that he recognized in the material world. A change in how previously unselfconscious and virtually invisible domestic artifacts – essentially the bibelot of everyday life; like chairs, taps, cuttlery, doorhandles, etc - had suddenly become great design objects that demanded attention.  Previously humble things were growing vast promotional superstructures that meshed beautifully with the rise of a culture of retail, celebrity and promotion.

Banham’s text leans heavily on a Platonic ideal of technology, which imagines objects as human intention given ideal form. If I need to drive a nail into wood, the perfectly balanced, forged steel, Estwing 6oz claw hammer is indeed intention given form. Its just long enought to generate the necessary force, the laminated leather handle flares at the base to fit the palm of my hand, the head perfected to drive and the claw cleverly shaped to extract nails. It's a beautiful thing, and a beautiful piece of technology.

Under this model of the material world, things cause the minimum of friction between my intention and its fulfillment. And in so doing, objects enable me to produce and inhabit my environment –while making it in the image of my desire- as efficiently and pleasurably as possible. Like the vented stainless steel spout threaded through a cork - which can be inserted into any liquid condiment bottle to aid poring - things that operate around utility aspire to the status of invisibility, they operate below the level of everyday comprehension, embodying the humility of a perfectly performed service.

Now I could not be –and neither was Banham- naïve enough to think this self-effacing utility is, or should be the aspiration of every object, or, a viable model for living in the world. And yet there are few things more pleasurable than being able to luxuriate in the appropriateness of an object to a particular context. To appreciate the way a handle fits the reaching hand and amplifies the torque necessary to open the door is a real joy. A joy that can send a shiver of recognition as the beauty of the object/gesture refracts through ones consciousness; like the Estwing hammer. The function of things is enhanced by our ability to become aware of an object, or to reflect, share and exchange those observations in moments of leisure, at a later time. This is what I’m doing now.

That objects exist in various mediums of exchange - converstaions, texts, images, exhibitions, etc -  while simultaneously fulfilling their function is part of our common sense, it’s we evolve communicative potentials. And yet while working with the Estwing hammer, its already communicating. The hammer has a different status and coffers different status to the person using it, than say a hickory handled, cast not forged head claw-hammer; anyone familiar with simple tools would recognize the difference. Like the fact that I previously described a poring spout commonly used for olive oil, instantly marks me as comfortably middle class.

Things, even in their perfect utility become part of the means through which we interpret the world back to ourselves, and others. Even something as simple as a change of context – imagine the Estwing as evidence in a murder trial - opens objects up to varied interpretation and uses. Although it’s in this gap, the lack of fit between an object’s intention and its communicative possibility, where things become pray to ‘furniturization’. Shameless promotion has dissolved the moral authority of invisible service.

Later in his Modern Chairs essay Banham suggest you become aware of what is under your arse when reading - and I suggest you do the same now - because the probability is that you are being supported by an object which offers many things, but self-effacing service is unlikely to be one of them. A painfully inappropriate chair, awkward, heavy, too hard, too thin, too expensive, red or whatever, invites the invisible ‘design’ of everyday practice, the playful appropriation, reuse and abuse of things. Chairs reserve parking spaces in the street, hold doors open, become clothes racks, table legs, temporary bookshelves, baby changing platforms, or stepladders. In fact sitting seems one of the uses we least require of chairs, compared to the time they spend fulfilling other unintended functions.

Fantastically comfortable chairs, invisible in their service, might not be so good at holding piles of magazines (they slide off the shiny angled seat onto the floor, ditto the ironing) or for hanging jackets and coats on (the weight pulls the chair over onto its back). The pleasure of the perfect things in action, is complicated by the enormous value to be gained from the less-than perfect object, which by a process of creative re-use finds its appropriate place in the world

Things are always already designed and reproduced on our behalf, by someone else, and we generally encounter them through our promotional culture of retail. A network of forces - design, reproduction and retail distribution - through which we are coerced into thinking of ourselves, not as articulate users or makers, but as consumers of cultural products. Adrift amongst the promotional themes in consumption, objects and people are merely relays for the rapid refreshment of capital; we buy, use and dispose of things with little regard for the quality of those exchanges.  Objects that offer invisible service, or activate the creative reuse of things operate in a blind spot in the evolution of retail culture. 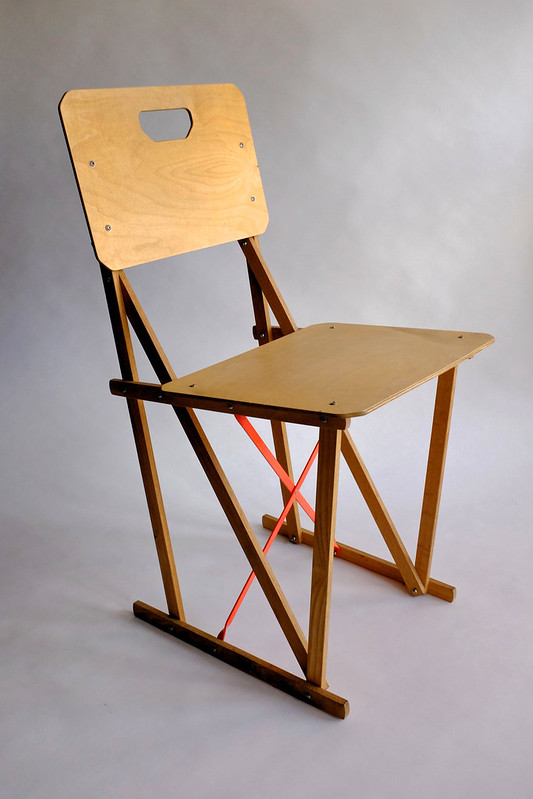 What people actually do with their latest purchase is a mystery, a mystery even to market analysis. Research can quantify what has been designed, produced and purchased, but post point of sale things disappear from the professional gaze of the media and enter their rich and varied lives. Back home, it is astonishing how often the product is a disappointment. Invariably it’s too big, small, not powerful enough, doesn’t work, they break, and frequently cost far too much money in the first place. I have in the past, had to saw the ends from the legs of new chairs so they fit under the table. And it is this failure that ushers in the vast reservoir of anonymous, transient and perishable design. Essentially the redesign and reuse of things through finding or adapting objects to carry out intentions they cannot fulfil, were never intended for, or never imagined existed.

While this practice of everyday design is difficult to represent, it does not stop the expansionist culture of retail, constantly probing for a market to supply. Through a plethora of design, make-over and DIY television programs, life style and ‘shelter’ magazines, professional design -as the shock troops of retail culture- attempts to colonize, aestheticisize and profit from the everyday. Which inevitably accelerates the ‘furniturization’ of every object, adding to the popular perception of there just being too much stuff, much too much stuff.

The ‘furniturization’ identified by Banham has become the default setting for the vast avalanche of objects that pour from CAD programs, opportunity, a gap in the market, redirected capital flows, out through retail distribution only too finally haunt us as land-fill.

From salt shakers to cities, what these otherwise disparate object share is their status as ‘designed’ intention. That is, objects whose principle function is to draw attention to themselves, and simultaneously distribute the ‘brand’ or signature of the designer who authorized their reproduction. It is a stunning inversion of all that we might have begun to identify as being beautiful about things: is it not perverse that a useless chromed object, a lemon juicer shaped like a nineteen thirties idea of a spaceship becomes an icon of  ‘design’ and an index of middle class taste.

The ‘Stark’ juicer, and other similar objects crystallize the trajectory towards self-reflexive objects, they intentionally exist outside of any recoverable use - too light even to masquerade as a doorstop - existing exclusively as advertising in a material form.

Surely, if we demand an ethical conduct in our patterns of consumption – through ‘green’ shopping, ethical investment and responsible end-use - there is an equal responsibility in the design and reproduction of things. We can no longer afford the luxury of manufacturing a world in which things perform as endless spectacle. No longer can every teapot, chair, lemon squeezer and grommet  merely shout - look at me, look at me, look at me.

The text has been reprinted in

BRACES, LEVERS, FETISHES & TALISMANS
edited by Philippe Desarzens and published by Side Issues 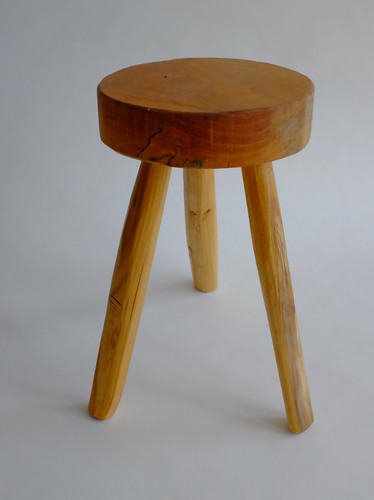 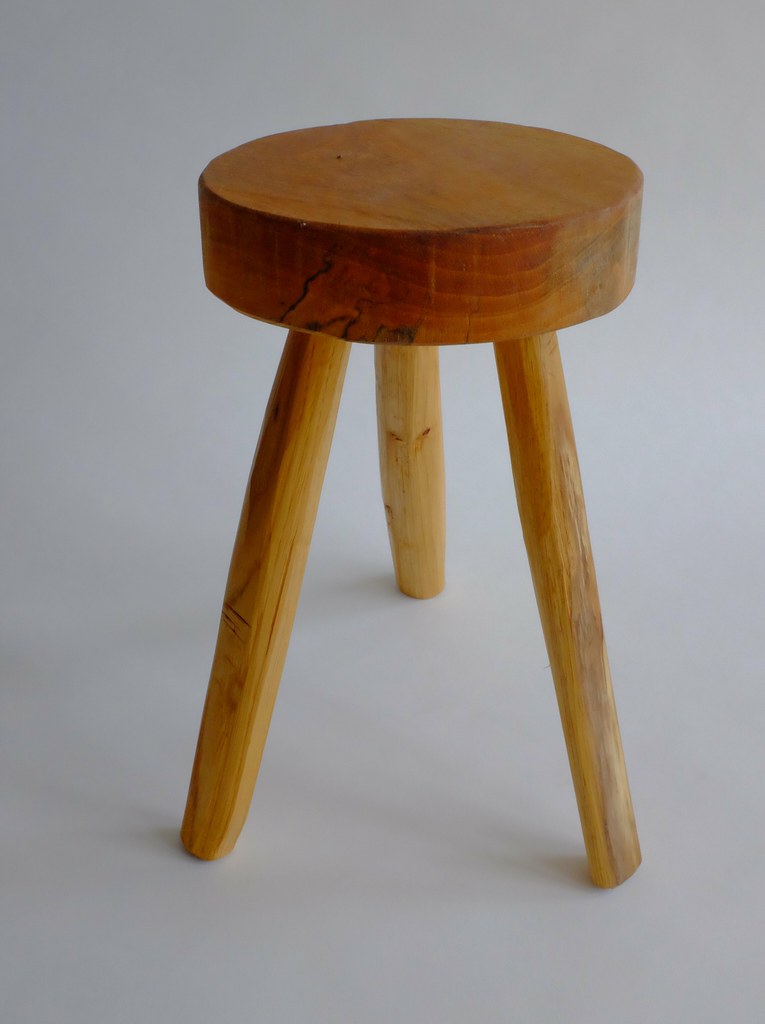