Archivist Sue Breakell lead the sessions. In the first, Sue recounted her experiences of working in different archives, and narrated the history of archiving. And in the second we refined the mapping of the knowledge ecology of intermediae, to start restructuring the server and implementing an archival practice..........

I wrote into Sue’s presentation as she spoke, following are the tweaked notes....

Sue asked that the curatorial team explain a little about their personal backgrounds, and their responsibilities at Internmediae. Sue suggests it is important to grasp the history of the individuals involved, as these subjectivities will shape the construction, of at least the foundation, of the archive.

Sue's  recent research is about the subject and the archive.

She then explains a little of her professional background too.

First degree in English, then master’s degrees in Archive Studies and Art History.  She began her archive career as a cataloguer at Tate Archive (working on the papers of the art historian Kenneth Clark) then at an archive of a department store (working with records of management, administration and publicity) then at the Imperial War Museum, first cataloguing the War Artists’ Archive, and subsequently as the first Archivist of the Museum’s organisational records. She returned to Tate as Head of Archives in 2004, although recently left to work as a Research Fellow at the Design Council Archive.

Generally, archives start from stuff accumulated in cupboards, and an older employee with a long employment record, and nearing retirement, evolves into an archivist. Ordering the material starts the process of formalising the historical record. The Imperial War museum for instance, had been in existence for 90 years, before they realized they needed an archivist of its own processes, administration and practices.

We detoured into The Freedom of information Act 2000  in Great Britain, which has had a profound effect on public record keeping, archives and archival practice. The act entitles people to access information held in public institutions (there are exemptions, usually around issues of privacy), the intention of the act is to make public knowledge more accessible, and public institutions more accountable, and transparent.

The first clause of the act states

(a) to be informed in writing by the public authority whether it holds information of the description specified in the request, and
(b) if that is the case, to have that information communicated to them.

The act does not exist in Spain

We loop back in to the history of archival practice.

An archivist is a professional who assesses, collects, organizes, preserves, maintains control over, and provides access to information determined to have long-term value.

The origins of archival theory are in the 19th C, they  emerged to manage the tsunami of documents produced by the administration of new nation states, and vast manufacturing corporations.

Determining what records have enduring value can be challenging.........

Sir Hilary Jenkinson (1882-1961), archivist, palaeographer, and keeper of Public Records wrote an important text in 1922 entitled Manual of Archive Administration. Jenkinson determines two key principles for archiving records: provenance and original order. Provenance refers to the origin of records, essentially who created the documents, or who owned them. Original order, or respect des fonds  (Fonds is an archival term used to describe a collection of papers that originate from the same source) is applied by keeping records in the same system as that established by their creator(s). For Jenkinson, archives are concerned with the moral and physical defence of the evidential value of documents, this is the central tenet of archival practice.

Stunned by the amount and flow of documents produced after the second world war, in 1956, T. R. Schellenberg, published Modern Archives. We could imagine that in Jenkinson's time an 'objective' and passive approach to archival acquisition was possible because it was conceivable to keep everything. For Schellenberg, this was no longer an option, the archivist has to decided what to keep and what to destroy. Schellenberg argued for a more active approach by archivists in appraisal of documents,  by developing a filtering process, through two broad categories of documents.

1)  documents in current use (primary)

2)  historic documents, that have an evidencial or information value (secondary)

And then a widely used, category hierarchy

Fonds -  everything
Series -  files of the same function, activity or subject
File -  the smallest aggregate unit of things
Item -  one thing

Schellenberg's methodology enabled archivists to to exert greater control over the influx of material, but also opened an archival Pandora's Box of ethical and political questions.

We talk to Sue about the mapping process, of documents, their movement and affinities, that we have been undertaking. Sue suggests that this is exactly what a Records Management expert would do with any organization, a records survey. Modern Records Management evolved from Schellenberg's methods and is concerned with mapping flows of documents for operational efficiency.
Records Management, begins with these three broad categories

Function -   What Intermediae does to achieve its aims and objectives.
Activities -  How Intermediae carries out those functions
Transactions -  The individual tasks that comprise Intermedia

We discuss the fact that, we are less interested in efficiency, and more in enabling Intermediae to be sustainable.

We are trying to develop sustainable institutional practices.

And, to enable the (real-time?) archiving of Intermediae, and that this process will be creative, generative and participatory.

We return with Sue, to look at the maps we have produced, and describe the processes that produced them.

Sue explains that a Records Management information map depicts the different types of documents held by an organization, or department within an organization, where those documents can be found, and what were their movements (transactions). We realised that, through asking these questions What does Intermediae do? and How does Intermediae do it? (thanks to Jorge) we have produced maps that trace the core functions, activities and transactions that take place within intermedia.

We are all a bit stunned and excited.

Because from a documents management perspective. we have done exactly the right thing, without really knowing it. The languages and structures we have evolved are different, but the process is perfect. We allow ourselves to bask in the warm glow of satisfaction.

Return to Procesos de archivo/Archivalprocess, or see how the project developed by reading about the first working session (begining of the mapping) with Jorge Blasco, the second session with Daniel Andujar, the third with Miren Eraso, or the Relational Machine session. 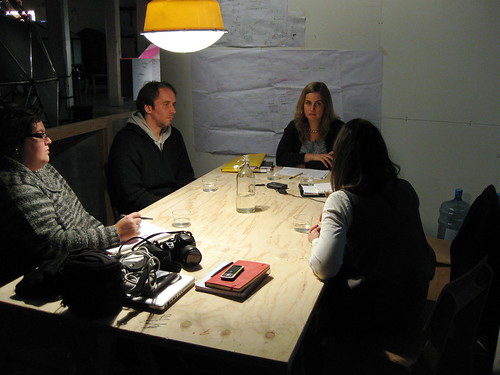 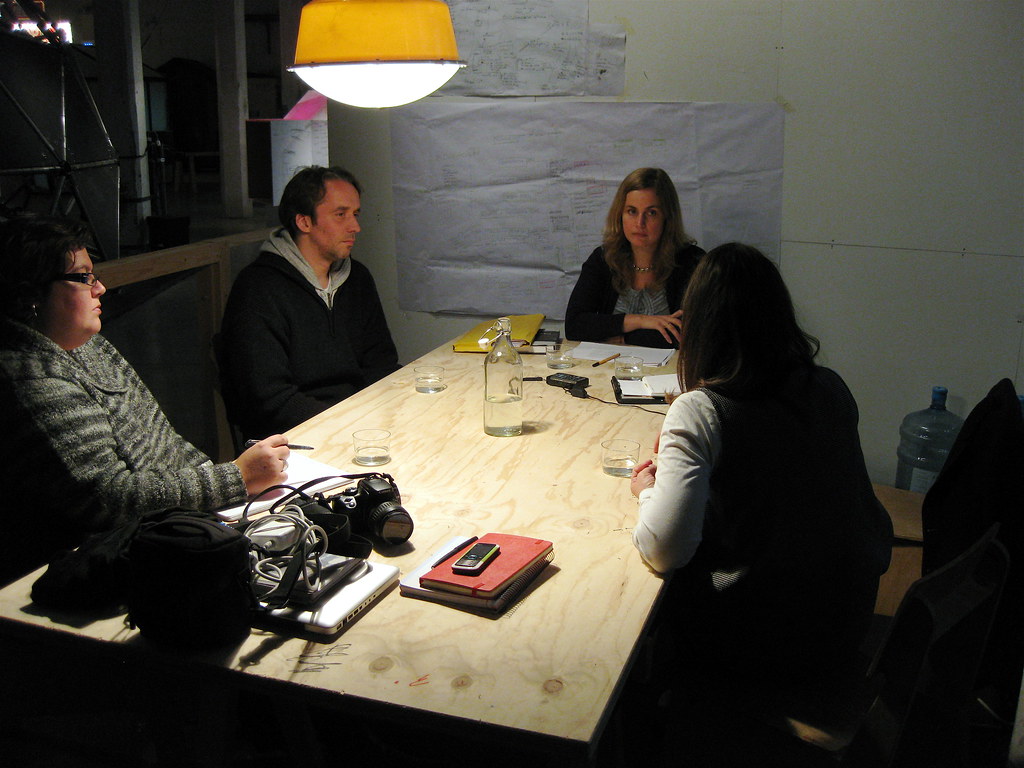