Curator, editor and librarian Miren Eraso, recent director of Arteleku lead the sessions. In the first, Miren made an interesting analogy between the problems for libraries in post-Franco Spain and contemporary archives, and in the second we refined the mapping of the knowledge ecology of intermediae.

I wrote into Miren’s presentation as she spoke, following are the tweaked notes....

Miren started the Arteleku Centro de Documentacion in 1989, and was its director until 2007. The idea was that the centre would be a dynamic place for the dissemination of knowledge relating to contemporary art and culture, a public information service.......

After the Transition Period in Spain (after the death of the dictator Franco in 1975, and the transition to democratic government with the adoption of the Constitution in 1978) there was a drive to modernize. Many new Art Museums were built, but there was little effective infrastructure - curators, theorists, galleries, Art Schools, etc. - and very little access to relevant knowledge. There were some libraries, but not enough, and many were 'art historical' in their bias. This was reflected in artists education, which stopped before the 1960's and had a linear periodization of historical progress, from the ancients............... to the 1950's.

Miren wondered, 'What is the role of Contemporary Art libraries?'

So Miren opened a new category 'the 1980's', which was continually refined, subdivided and subdivided again. It had to remain flexible and procesual.

What to do with video documentation? And sound recordings of discussions and events.............then cd-rom's, then DVD's. Miren started a media library.

Computers were becoming available, so as well as questioning the function of an art library, there was also the shift from analogue to digital documentation. The Centro de Documentacion had 'free' access ethos, and visitors often wandered the shelves not knowing what they were looking for. Was it possible to transfer this experience to digital catloguing systems? How could wandering and browsing be merged? At the Centro de Documentacion they developed two parallel sytems, one a graphic map/image of the library and its books, the other a more conventional bibliographic catalogue.

Miren felt that the experience of the Centro de Documentacion at Arteleku prepared them for the physical and ideological challenges of a new document ecosystem. The www

Immaterial labour, information societies, and artist began making net.art. How to document items that have the same form as the archive, and that work with/against the structure/media of the archive itself. Taxonomies, catagories, information and knowledge. At first treated seperately in an analogue/digital split, soon the databases merged. Taxonomies and protocols were developed for a new archival ecosystem. Its ongoing.

Centro de Documentacion has embraced Web 2.0 and tried to facilitate a shift so that 'users' become 'producers', of knowledge, categories and routes through the archive. Information managers, curators of data. They have been sensitive to the use of 'open source' software and 'open content licenses' as artists (and others) have embraced these ideologies and legal codes, as part of their practice. We returned to the document map we began with Jorge, we transcribed all the categories. Synthesised them, and began another iteration of the map, on another huge sheet of paper.

We tried to picture a possible archival structure for Intermediae. It was hard, it was very hard.

We realized we were tracing the labour of an institution, mapping the info-ecosystem. We first listed the categories of processes, and affinities of information that comprise intermediae. Then we plotted the current themes and projects, and tried to coreolate. We were stuck. We were circling around, and getting stuck again, it was frustrating.

However hard we tried, we could not map the processes of intermediae through the projects it produces. And so we reversed the process and let the projects structure intermediae.

This was a profound realization. The frustration eased as we quickly restructured the map. An organization committed to process is immanent, the projects produce intermediae, and not the other way around.

There is nothing (or not much) without the projects! We decide to restructure the server datatbase categories...............and keep experimenting witht a timeline as an interface.

Return to Procesos de archivo/Archivalprocess; see the first working session with Jorge Blasco for the first mapping iteration, or the second session with Daniel Andujar, or the fourth session with archivist Sue Breakwell. 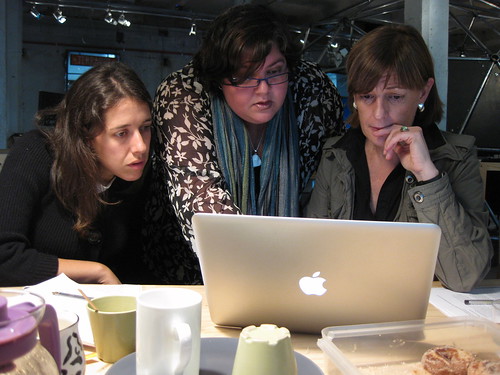 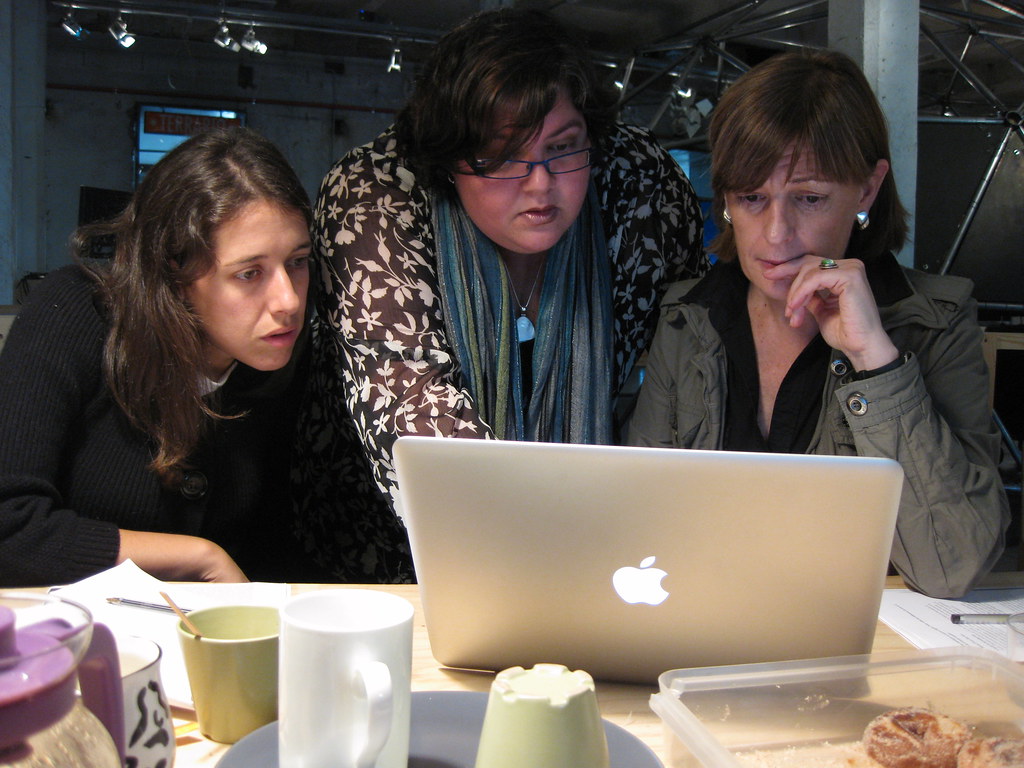