Museum Futures: Distributed was exhibited at ZKM as part of The Global Contemporary. Art Worlds After 1989

A year later a magnificent catalogue is published.

The Global Contemporary. Art Worlds After 1989 examines the way in which globalization, both with its pervasive mechanisms of the market and its utopias of networking and generosity, impacts upon the various spheres of artistic production and reception.

The project, which consisted of research, exhibition and publication attempts a critical analysis of the key institutions of art.

It also sought to illustrate the manner in which globalization has both shaped and itself a theme in artistic production.

With The Global Contemporary. Art Worlds After 1989, ZKM reimagines itself as a utopian factory. A place in which local experiences of time subvert the unity of the new universal time.

Museum Futures: Distributed - is a machinima record of the centenary interview with Moderna Museet’s executive Ayan Lindquist in June 2058. It explores a genealogy for contemporary art practice and its institutions, by re-imagining the role of artists, museums, galleries, markets, manufactories and academies.

See some of the research project Global Art and the Museum (GAM) pursued throughout the course of the exhibition, much of which resulted in the comprehensive catalog.

See some of the research I have on Circulating Artworks, or  Bouvard and Pecuchet, and The Great Exhibition. 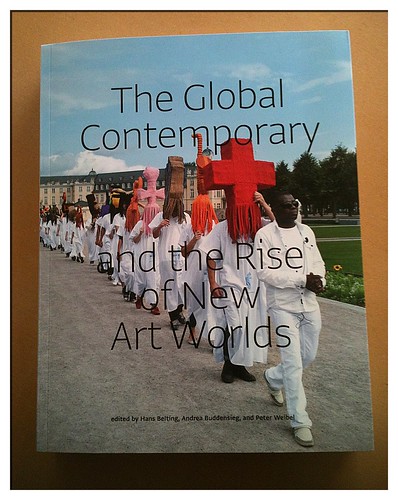