All Power to the People Signwriters installing All Power to the People mural, by Emory Douglas as part of the Jean Genet exhibition at Nottingham Contemporary, July 2011.

Emory Douglas was minister of culture for the Black Panther Party from 1967 until its demise in the early 1980’s.

His bold graphics spoke forcefully to a community ravaged by poverty, police brutality and poor living conditions and portrayed a populace fighting to assert their rights to equality..............

The mural was vandalised during the austerity induced riots in August, and in consultation with the local authorities, erased.

Related events include the Media Squares event I contributed to, and has overlaps with a reflection on self-organisation, making Jigs, a text about community formation and Trash into Treasure 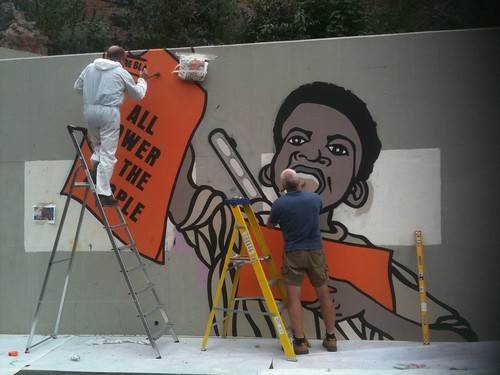 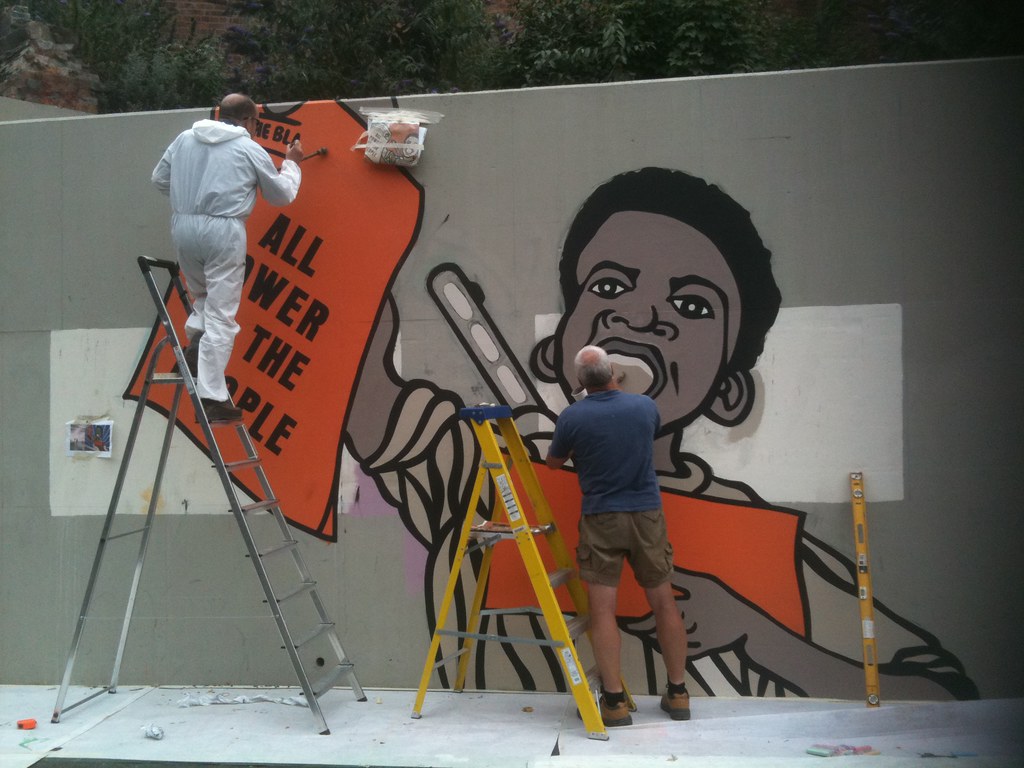