I took part in a workshop Curating the Activist Object, 7- 8th July at May Day Rooms

A wave of political uprising in recent years has made visible the inventiveness and creativity that characterises the material culture of contemporary social movements and political activism.

Re-purposed things, ad-hoc architectures, digital communications and new modes of narrating and documenting are refurnishing political practices. We know that politics is made of discourse, but also actions, objects and infrastructures, which are often assembled in precarious conditions with improvised design in the heat of the moment.

The workshop approached the social life of activist objects and asked; Is it possible to collect, archive, curate and exhibit objects without disarming their distinctive political capacity?

This initiative is related to the Disobedient Objects exhibition at the Victorian & Albert Museum. 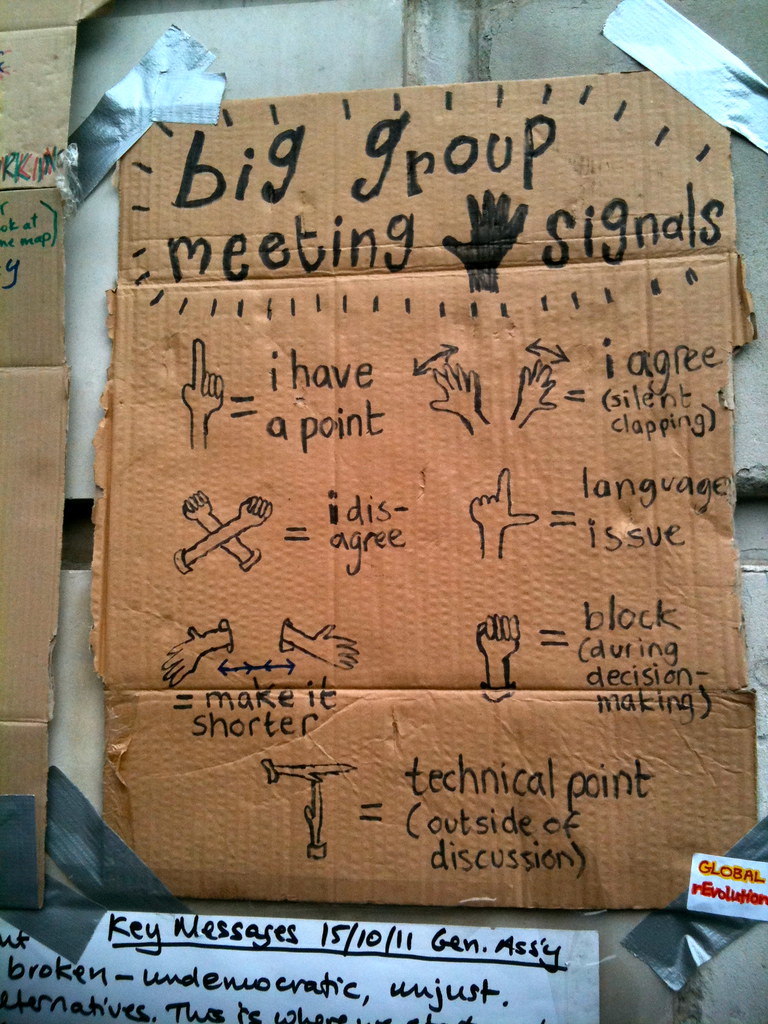 At the workshop I shared this repurposed cardboard object (below) , I saw it in use during the Occupy initiative in London. Its a set of protocols for participation in General Assemblies and I used it as a basis of a discussion about things that can  produce counter assemblies - like jigs - and organisations and modes of dissent.

The workshop was organised by Centre for Research in Socio-Cultural Change (CRESC) who are developing Curating the Activist Object. 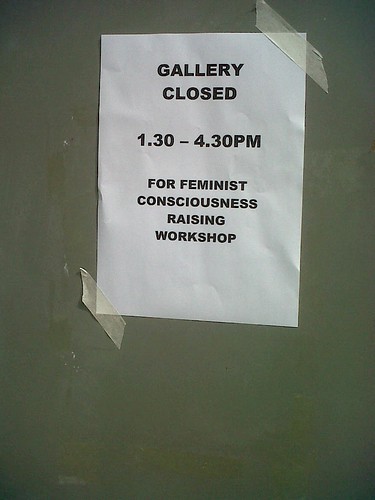